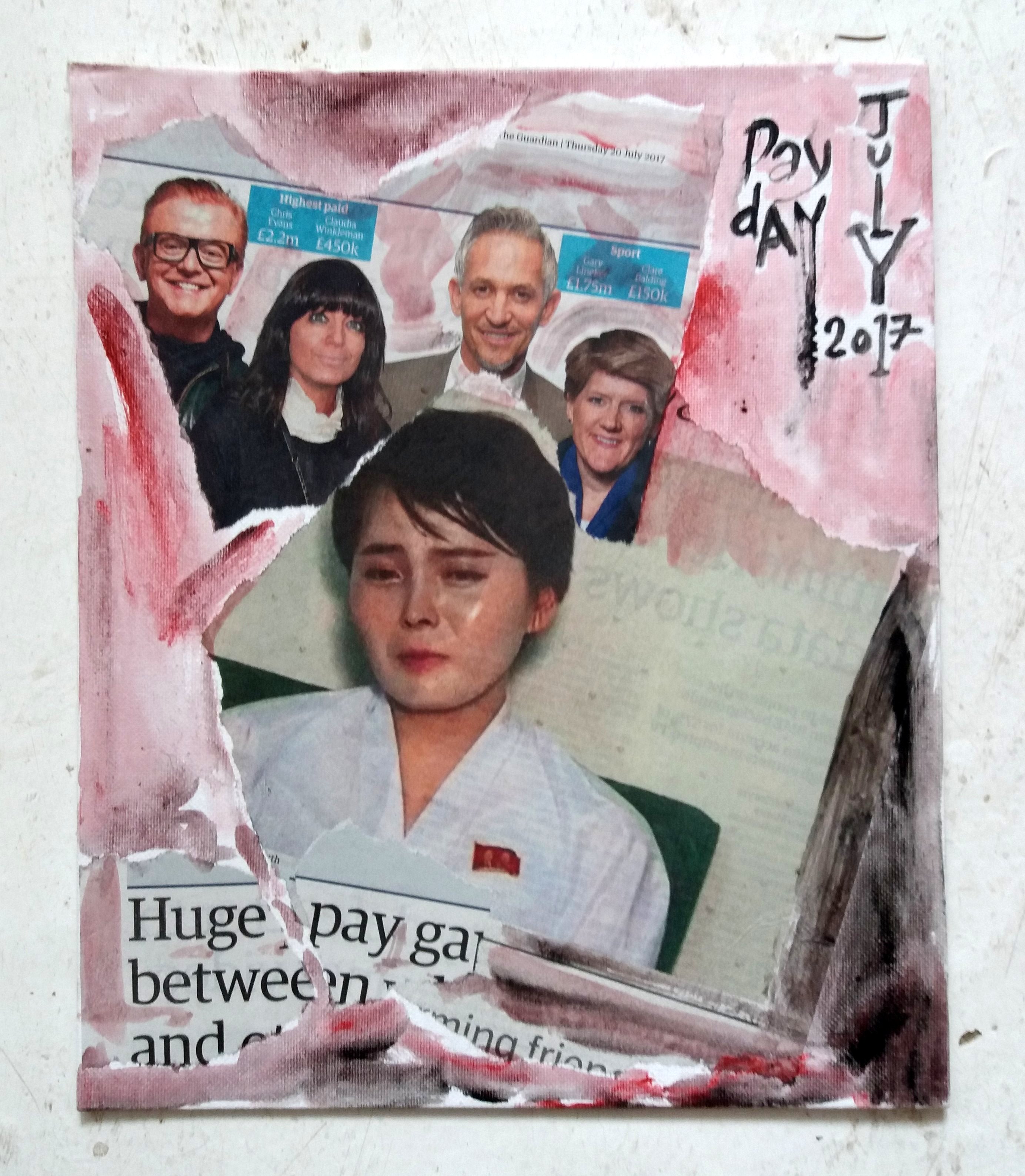 Of course we should all have fair and equitable wages and who would say otherwise. Jeremy Vine defended his pay award in terms of what he called a "market place," but when did a  "market place" ever improve disparity in employment pay and conditions between public services workers, nurses, firemen and yes, BBC presenters, whether male or female.

Has Chris Evans become the yardstick of BBC pay?

The open letter by the BBC women presenters (reproduced below), made it clear that they wanted parity with the men who received more pay than them, and that they wished to speak privately with the Director General, "Tony", to discuss how that might be achieved.

I am prepared to believe the angry spokeswoman may have spoken out of turn and that the BBC women journalists who signed the letter are not seeking a Parity of Greed, but that remains an open question.

Andrew Marr has said that all of them at the BBC are humbled by these disclosures.

We shall see if they all end up with no disparity with all other public services workers, male or female.

The pay details released in the Annual report showed what many of us have suspected for many years...that women at the BBC are being paid less than men for the same work.

Compared to many women and men,  we are very well compensated and fortunate. However, this is an age of equality and the BBC is an organisation that prides itself on its values.

You have said that you will "sort" the gender pay gap by 2020, but the BBC has known about the pay disparity for years. We all want to go on the record to call upon you to act now.

Beyond the list, there are so  many other areas including production, engineering and support services and global, regional and local media where a pay gap has languished for too long.

This is an opportunity for those of us with strong and loud voices to use them on behalf of all, and for an organisation that had to be pushed into transparency to do the right thing.

We would be willing to meet you to discuss ways in which you can correct this disparity so that future generations of women do not face this kind of discrimination.