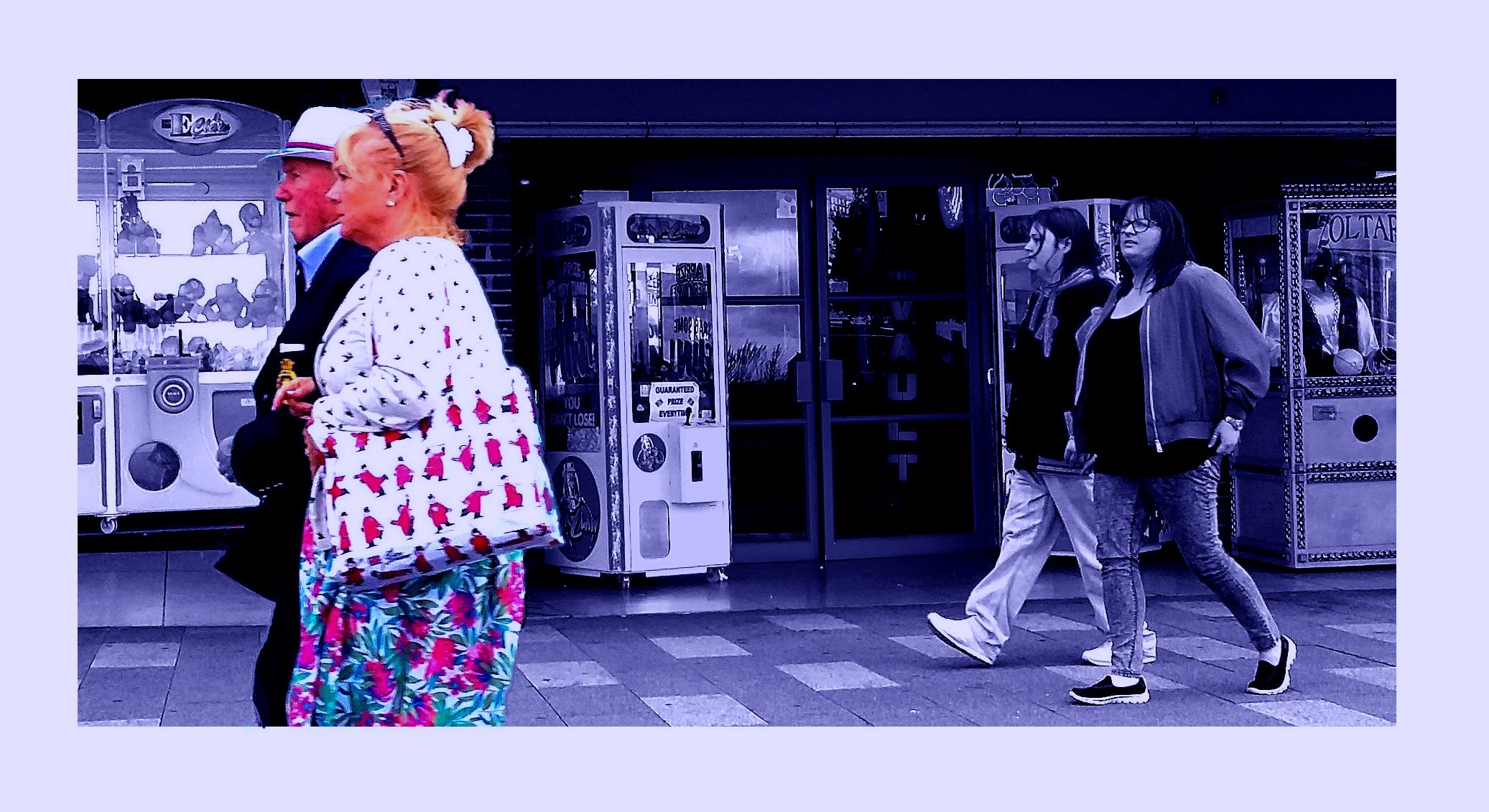 We Monks are keen on the Visual Arts. This page is where we intend to post such wonders of the visual world, some of which is created in-house so we can show off.  #PoliticsandConflict

Where are the  Movies filmed by Monks

in the Tate Galleries?

How Do You Explain

How and When to "Cheat."

How Do You Explain

Created on a 7" tablet in a car park waiting for Mrs Monk.

This and other artwork created on a 7&quot; tablet in a car park waiting for Mrs Monk, or maybe on a phone in an Art Gallery, or another place where a finger on a black mirror was the substitute for a brush or a pencil on paper or canvas.

Digital art has its shortcomings but maybe the shortcomings are a spur, an extra challenge for the artist, something new, if not yet the new shock of the new.

Mrs Monk bought a Dog picture from a charity shop with the intention of over painting the canvas it was printed on.

I suggested she took the dog for a walk about town and take a few pictures in different locations.

This was in 1995 and before photoshop was a verb.

A year or so later Tracy Emin upped the concept by taking her embroidered chair about the world and as far, and as grand, as Monument Valley.

I have since photoshopped the Dog to a few other images by way of referencing the earlier images.

The Daily Mail was livid when it was disclosed that the Queen's private estate, secretly invests vast amounts of cash in offshore tax havens.

Will the Queen mention this in her Christmas Day address

to the United Kingdom and the Commonwealth?

Pictures of Leigh on Sea

Recent  Pictures of Leigh upon Sea and thereabouts by Monkfry.

Pictures are added and subtracted from this collection

from time to time.

The concealment of  identify is the theme

that connects this set of pictures.

and such views turn into pictures that find their way onto Flickr.

Mrs Monk has many Sketch Books.

I have stolen her pictures and publish her best

This week her life class was cancelled

and she was really pissed off.

She needs a Life Model once a week.

Any body shape or gender may apply.

She is a genius and very demanding

as all geniuses are.

Must be willing to listen and acquiesce to Saramo's capacity

to take everything and nothing seriously in equal measure.

There are no entries yet.

Captured by Monkfry,
Pictures of People are added and subtracted from

Has Grayson Perry run out of new ideas?

Sometimes an Image says more for it's brevity than

by its sophistication, real or supposed.