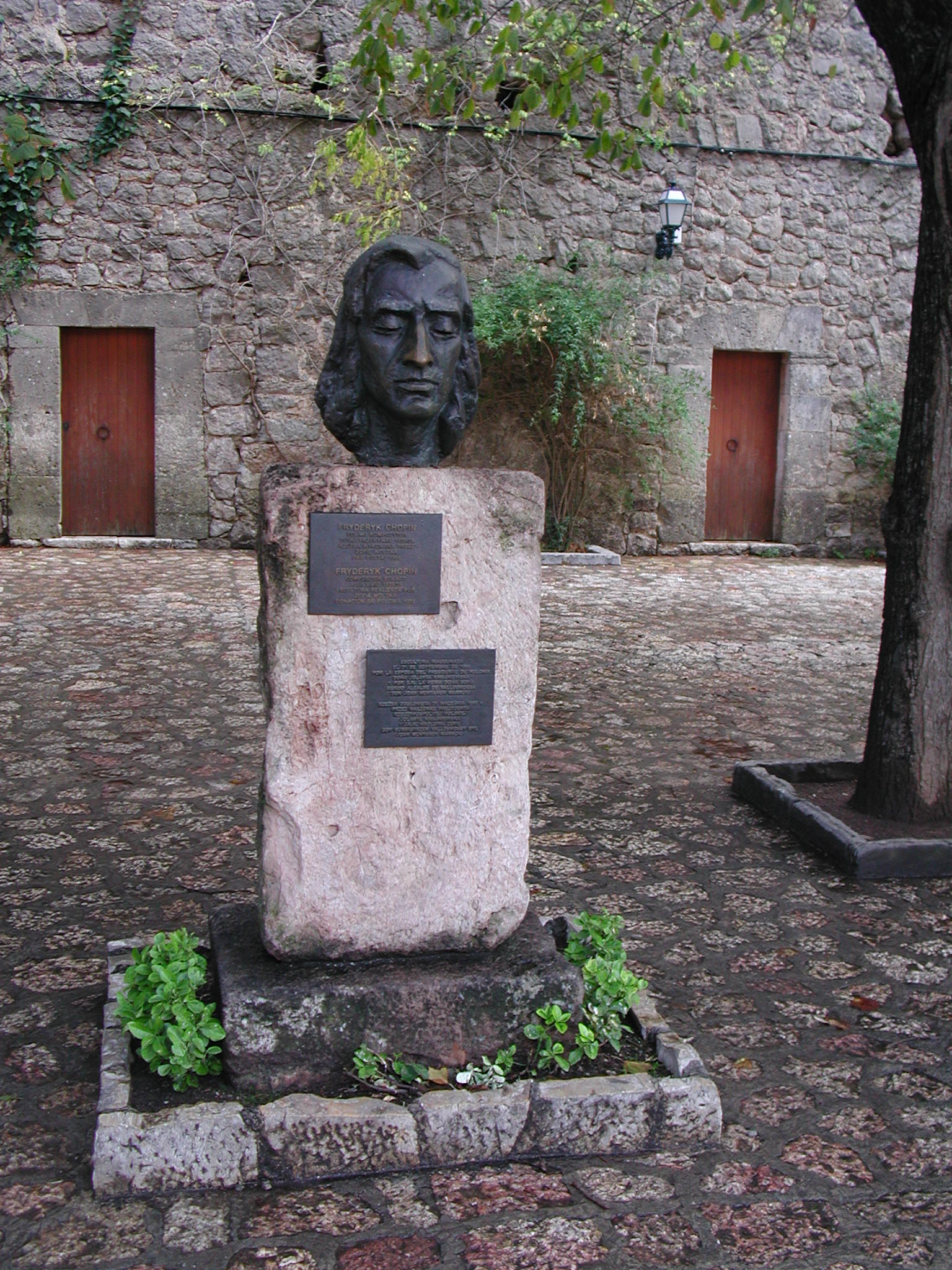 Differences and Similarities
Merkel and May are miles apart politically and geographically, but how did the Monks confront the Germans on neutral territory.

Arrived this afternoon from Stanstead.

Easyjet, easily the most uncomfortable airline seats I have ever experienced. Not so much a leg room problem, more a collapsing foam rubber issue. Felt like  I was sitting on an iron bar for two hours.

Driver said that yesterday's temperature was 29 degrees, but today it would be cooler.

We had heard about the storm brewing in the Atlantic.

We got ourselves checked-in, and Mrs Monk was content with the room, which is unusual.

We booked a tennis court for 4 p.m., one hour after we arrived. We were keen.

But just as we approached the court in our tennis gear, it started to rain in Spain!? This was not how we planned it.

We wandered back to the pool and all humanity that surrounded it, got up simultaneously from their sun-loungers and retired to the bar.

I got myself a beer and looked around for a spare table. There was just one table with about 6 chairs around it, but I noticed that a cardigan had been draped strategically over two of the chairs to signify a territorial claim.

Mrs Monk and I get pretty heated about this kind of thing, so I decided to ignore the cardigan and go ahead and park myself anyway. I started on my book, Bob Dylan's Chronicles, and wondered if anyone might turn up.

In due course one elderly lady came and sat at my table carrying a tea cake, smothered with cream and jam.

She was not amused, nor was she my idea of the belligerent antagonist that I expected.

She did not say a word and when I raised my head from my book she looked straight ahead and quite deliberately glanced sideways as if I were not there.

I discovered in due course that she was German.

I responded, to her clear signal, for me to clear-off, by not doing so, In fact I calmly returned to the eloquent prose of Robert Zimmerman.

She, in turn unfolded a huge copy of a German newspaper thus dividing our mutual space into nationalistic sectors.

So what is it about this German tendency to colonise public spaces? She clearly felt that she had claimed and therefore that I had stolen her territory. If it is not the beach towels on the sun-loungers, it's cardigans in the "rain bar".

When we arrived at the hotel we were both permanently tagged by the desk clerk with a blue plastic bracelet to indicate our full-board status. Mrs Monk referred to these bracelets as "hospital tags".

However we  feared, that our "all inclusive" status may have been something of a trap. Having paid for breakfast lunch and dinner, one is bound to feel more committed to, actually eating it, come what may. We undertook to at least give it a try.

The buffet style meal was  by  default, an all-you-can-eat, American style blow-out festival of gluttony, or it might have been had we lost control.

In fact the food was acceptable, I had swordfish and plenty of it. With OK vegetables. Well cooked plentiful green string beans. Yummy, but the problem was the wine; virtually undrinkable. Still available, on the all you can consume basis, but who would want a second glass.

Hotel was occupied by a majority of Germans, who all seemed quite happy to consume as much beer as possible all afternoon and into the night, and all quite free if you wore the blue plastic bracelet.

After-dinner Espresso and large brandies were also all thrown in as complimentary, albeit unceremoniously served in plastic containers and also disappointingly undrinkable.

I emptied contents of both brandy and coffee cups into palm tree bed, and agreed with Mrs Monk, that we should be glad that we didn't pay for either. But then of course, we had. We had been "had".

Complimentary Bus Ride to Nearby town, S'Arenal. I sat
next to driver who complained about Germans. Did not join-in with xenophobia, suspecting that Germans might be in the back of bus.

Town very dirty where we were dropped off.... Took a long walk and witnessed 3 card trick employed by shifty characters every 50 yards.

Mrs Monk claimed to understand the nuances of the attempted con trick.

One German tourist kicked over the display of the con artists and was immediately surrounded aggressively by many card trick accomplices.

Took a pretend train ride soon after, and got to see smarter end of town. The guide book referred to the Platyer de Palma as the Good The Bad, and the Ugly.

I thought the dog shit might fit the latter category.

Returned to sanctuary of hotel and got the first workout on the tennis court with Mrs Monk.

After large lunch, much tender veal and potatoes. Quite delicious. Poor little calves.

Mrs Monk discovered that John Peel had died. The only English speaking station on our hotel room TV was CNN, and they did not mention John Peel.

We were beginning to feel overfed but found our way over to the restaurant for another all-you-can-eat.

Now we were sanguine and more relaxed.

We ask about al a carte wine, and in due course a very nice wine is served. I find myself in my English way, embarrassed for ordering the al a carte wine because the waiter laid on such a display of pampering us by wrapping the wine in linen clothes with ostentatious bravado.

Furthermore no one else followed our example. We were alone, but satisfyingly refreshed with a good wine. Mrs Monk felt no such embarrassment.

I insisted we toasted John Peel every time we raised our glasses.

The next problem we faced was where to get a drinkable cup of coffee and a glass of brandy. Mrs Monk had the solution. We would take a walk and visit a smart hotel next door, and pay for it.

We entered the extremely smart hotel, also 4 star, but unlike our own, was somewhat short of patronage.

The huge bar had but two or three tables occupied by somewhat better-off Germans, all drinking large goblets of shiny larger, apparently guffawing at jokes we could not possibly understand.

We had begun to realise we were in an overwhelmingly German sector of Majorca. Taxi driver also referred to a British Sector elsewhere in Palma, but that idea filled me with even worse trepidation. The very idea?

We started on our coffee and calvados, and soon we were mellowing in the somewhat chic late night ambience.

"John Peel", I said as we raised our glasses.

As we chatted about the days events I noticed beyond Mrs Monk's shoulder and through a wide glass door, a separate room had a number of children and few adults having a jolly time playing games, and larking about. This appeared to be a kind of family room.

I noted a couple of boys aged around 13 or 14, started to pull faces through the glass door in our direction. I ignored this and didn't even mention it to Mrs. Monk.

Every now and again, an adult would come through this glass door in order to buy a drink and then return with it back through the door, where they would consume it.

Then I noticed that a couple of the children would join the adults on these trips to the bar.

One of these kids made some inaudible remark, and what was certainly an arrogant gesture in our direction. The grown up man said "shhh" to the kid.

I called out, "What was that?"

Mrs Monk was alerted for the first time that something was going on behind her back.

The nasty group of people made there way swiftly through the glass door.

As I explained to Mrs Monk what had been going on behind her back, I observed through the glass door the same boys gesturing in our direction, competing with each other to make the more obscene gesture.

One boy, holds his cock another sticks out his arse.

I began to fume. Mrs Monk did not see the worst of this.
But then came another trip to the bar. One adult followed by two boys. One boy acts as if he has his cock out and on the way back through the glass door the other boy sticks his finger up his arse.

Mrs Monk realised that I was about to kick off and begs me not to start a diplomatic incident, particularly since we were apparently outnumbered.

But I got out of my chair and followed these people through the glass door and demand in English, to know why they are were all making obscene gestures at us.

I focus on one of the worst offending boys, who then became concerned that he was going to take the whole rap on his own. Two further boys had made an attempted escape by another door.

The boy started to deny doing anything untoward.

"You know exactly what you were doing" I said

I looked around and the three accompanying adults, two men and one woman, all had their heads bowed apparently in shame.

"There are adults here,.... what on earth do you have to say for yourself."

One of the three said, "I am really sorry"

I made him say it again, "I am really sorry" he said again.

Bonding with the Germans

We went back to our own hotel where the free bar, had done its job and several hundred uninhibited German tourists and Geordies enjoyed a Quiz night on the subject of American Pop Culture, illustrated by a somewhat lame cabaret involving a young German transvestite dressing up as Marilyn Monroe, Elvis Presley, and Olivia Newton John.

We got ourselves two glasses of mineral water and sat between two tables of rival teams, both German.

We helped out both rival teams equally, as we saw fit.

We informed each table, in turn that Marilyn Monroe's real names were Norma Jean, and all members of both teams wrote down the answer as if it mattered.

Much fun was had, but we did not wait to find out who won the prise or indeed to find out if there was a prise.

Many people who we had seen in the dining room eating breakfast lunch and dinner, were now staggering about bloated and intoxicated, and apparently fixated on the winning concoction of irrelevant information: Marilyn Monroe's cup size, and Elvis Presley's last lunch.

In due course we rented a car and escaped the madness of the hotel. Mrs Monk was determined to find Michael Douglas who was not at home in Valldemossa. We did come upon the Chopin Museum and this monument which is unable to fly away.