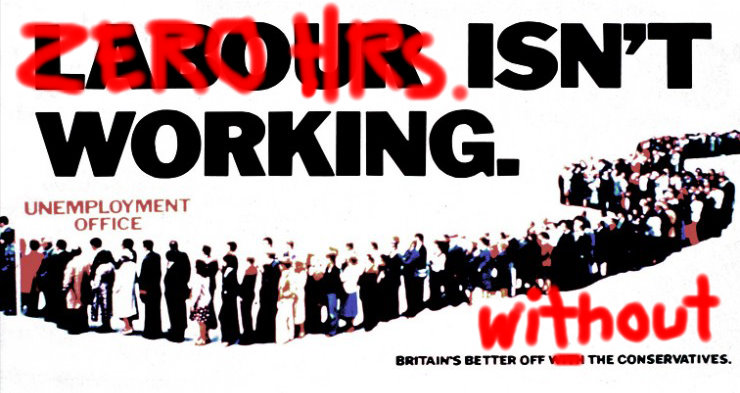 Mrs. Monk's part in the downfall of John Major

Death in Essex was written around 1994.

It was belted out on a Panasonic typewriter before we Monks thought about getting a computer.

The first draft was accepted by the BBC and then two further episodes were commissioned.

With immaculate timing three years later the three programmes were broadcast on R4 immediately before the General Election that gave us Tony Blair.

This would be Mrs Monk's part in the downfall of John Major.

When Saatchi invented this graphic to elect Margaret Thatcher there were just 1M unemployed in the UK but under Thatcher unemployment spiralled out of control to 3M.

This current government wishes to take credit this week for a small improvement in the unemployment figures which now stands at 2.32 million. However, to make this very modest claim they have had to redefine work to include "hard work" on low to impoverishing levels of pay with reduced job security or no job security. And they call this progress.

These are familiar Tory tales, and it has all happened before.

Death in Essex was written at a time that featured, for example, the corruption of Westminster Council, led by the disgraced Dame Shirley Porter who features in Mrs Monk's tale.

All references to Dame Shirley Porter were cut by the BBC without our consent or endorsement. They may have feared litigation, or accusations of political bias.