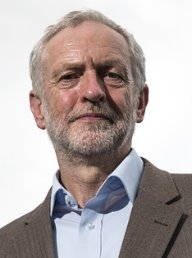 Corbyn and The Processed Peas

Two years ago, this day, the following story was written... and the processed peas lost the argument. Some of them are still not happy.

It's easy enough to remember when you are young enough and your biological hard disc is only half full.

The man of the moment is of course Jeremy Corbyn who is of an age that enables him to be fully aware of Labour's ideology, pre-Blair.

His opponents in the Labour leadership contest are firmly committed to hunt for votes in the middle ground, so committed to the cause that they are even prepared to look and act like processed peas.  Ed Miliband was uncomfortable, to say the least, defending the middle ground. His would-be junior replacements are all so determined to sacrifice their integrity as if that were the only course of action.

Only Jeremy Corbyn is apparently able to realise that Tony Blair stole a vacant political battleground with the corrupting assistance of Rupert Murdoch. That ground is now overcrowded with disingenuous Tories pretending to be soft on the NHS and the "hardworking" poor. The arch pretender, Cameron and his cronies are hardly convincing as moderates since their actions tell another story. The Tories are ebbing ever further to the right emboldened by a 23.5% mandate of the British electorate and they call it Democracy.

Had the electorate and goldfish named Colin supported AV there would be no further Tory austerity, and no need for such annoying political BS on any political wing.

A coalition against the Tory right would have swept away these arrogant Tories who are even less palatable than processed peas.

Jeremy Corbyn is at the peak of his powers and old enough to know better than processed peas.

I wish him luck and would like to endorse Brian Eno's refreshing take on the matter. Why not?