Council Tax is the Tory bastard prodigy of Thatcher and Major.

One year ago the Conservative Surrey County Council cancelled their planned referendum on increasing Council Tax by 15% to balance their Tory books after a sweetheart deal was agreed with Theresa May.

Jeremy Corbyn asked the Prime Minister to publish all papers, e-mail and texts on the sweetheart deal with Surrey County Council, and who knows what happened after that?

Today, Tory austerity manufactured in Downing Street is still hurting Tory Councils who are far too keen to raise the council Tax.

They would wouldn't they?

Council Tax hurts all Taxpayers but less so the super rich and more so the very poorest in society.

Council Tax is the Tory bastard prodigy of Thatcher and Major.

When Cameron "buggered-off" , as Jeremy Paxman put it recently on BBC Room 101, Theresa was coronated and not elected Prime Minister May.

When she did her Machiavellian sweetheart deal with Surrey Council she was buoyed by a misplaced self confidence; this was the leather-trousered Theresa May so enamoured with herself, the hubris emboldened her to screw every last spare penny out of the working poor and even the disabled.

She called an election.

Jeremy Corbyn kicked her leathered arse. She has been burnt toast walking ever since.

One year later and history is repeating itself and more Tory councils are planning to raise Council Tax.

Tory donors have the deepest pockets and conspicuously reluctant to pay tax. #ToryDNA

Waiting in Waitrose cafe, as I frequently do, I read today Frankie Boyle's article on Trump and tried and failed to not laugh out loud. I also tried to not notice the couple next to me suppressing a mocking snigger because I was wearing a wonky pair of reading glasses and that hat that people, including Mrs Monk, find so worthy of dissent.

I am compensated by the view of the Waitrose toilet which is being remodelled and therefore "out of service".

Every thirty seconds I witness a customer pushing the door that will not open, then the step back to read the notice, then that look of panic because they would have already been in that anticipated pre pee stage, primed to relieve themselves, and then the horror of the message directing them to a temporary Portaloo in the car park where the temperature is currently 34 degrees Fahrenheit. All those middle class frozen butts.

Frankie Boyle has better jokes and an easy target. 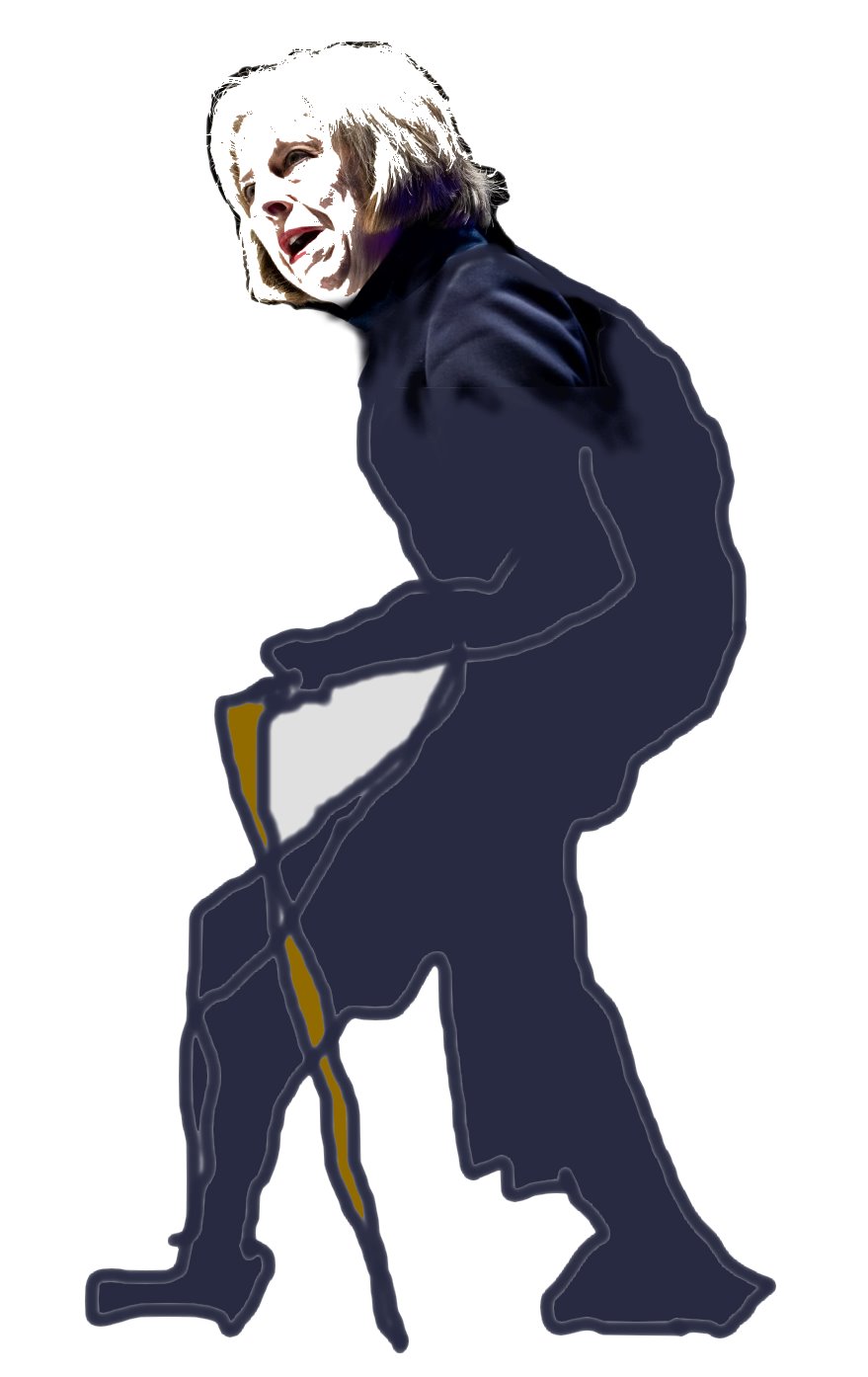