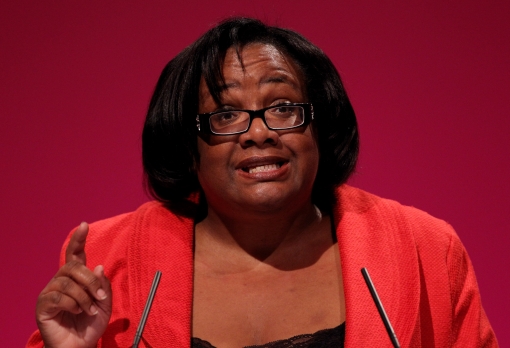 3 years later that BS was unconvincing to the electorate who were, by and large, horrified by their energy bills.

Theresa May was subsequently advised that she must appear before the electorate and announce an energy cap in the Tory manifesto in order to get re elected. She didn't mean it of course because she is addled with Tory DNA, but she did a good of job of pretending otherwise. This would be another case of Tory "Faux Outrage."

That promise dissolved before the ink was dry. Centrica (British Gas) announced a 12.5% increase in energy bills with no fear that the other energy providers would not follow in their lead. So prescient of Diane Abbot who championed the notion of an illegal energy cartel.

"So clever of the Chancellor to bribe

pensioners with their own money"

Her bold accusation that the big six energy companies are an illegal cartel, certainly contradicted other contributors who wished to assert that the big six make a reasonable and modest profit return of just 5 %.

A contribution from the audience was scarcely noticed but would seem to highlight the fact that a 5% profit margin in the retail arm of a multinational does not disguise the profit of the wholesale interest of the same company that has unknown profit margins in the multinational wholesale energy markets.

Nevertheless, Ofgem are aware that retail energy profits have increased four fold from £233 million in 2009 to £1.1 billion in 2012, with no clear evidence of suppliers becoming more efficient in reducing their own costs.
So what gives?

Whatever the retail friendly contributor on the panel had to say, Diane Abbott's claim of an illegal cartel should, and perhaps shall be examined, but will it be examined short term and in public and in the public interest? I am pretty sure Dave will make sure that does not happen before the general election.

Ofgem have of course announced this week that the matter will be looked into and that they will report in two years time. Had Ofgem done so two years ago then we would and should be reading the report now and consumers would now be better off.

Only the big six want artificially high energy bills fixed for the next two years.

Tories are fond of profit-making conglomerates and only recently have they been so ostentatiously appalled by excessive profits and fat bonuses but without actually doing anything about them at all since they have been in power. Why would any voter expect them to do so?  It is simply not in their Tory DNA.

The coalition has pointed out that the “big six” profits feed into pension funds.

Pension fund abuses are also on the Tory radar, and George Osborne has cleverly and cynically played that hand in the last budget. So clever of the Chancellor to bribe pensioners with their own money, as this week's hero Diane Abbott has put it so well in the same programme.