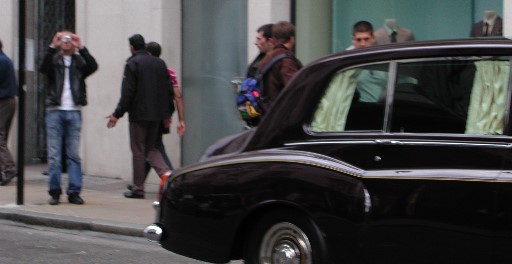 The City of Westminster has found a new way to fleece the motorist.

They caught me with a secret camera turning right where they say I was not allowed to.

If the restriction were in place as yet another Cash Cow entrapment enterprise Westminster would be more inclined to adopt inconspicuous signs less likely to be noticed by unsuspecting motorists.

There is an aggrieved army of motorists caught in this way who are making their feelings known on line.  I am encouraged by Mrs Monk to fight the £130 penalty because I believe Westminster are up to their old crooked tricks of entrapment. On this they have form.

The restriction may be a security issue of course since the road we were on leads to the front of house MI6, and across the river from MI5, and in which case I would expect the No Right Turn restriction to be completely unambiguous, crystal clear, and without doubt.

That was not the case by any stretch.

I wrote today to The City of Westminster

I believe that Westminster Council is duty bound to inform the motorist of where a "no right turn" restriction  might apply.

I was surprised by this PCN notice since I was unaware of  a "no right turn" restriction notice at that junction.

I Google-Earthed the street scene and there I found a No Right Turn sign where I would expect it to be posted.

Had I seen this notice I would certainly not have turned right.

However, as you can see from the picture on the Westminster PCN notice there was no sign in that place at that time. The sign that was hitherto there, and where it might be seen, and where I might have seen it in clear view, was not there to inform me when I made that right turn .

The sign had been removed by someone who did not want me to see it.

For that reason I believe Westminster Council is wrong to believe that a Penalty Charge Notice is payable in this case.

One of the first stories posted on Shoestringonline.