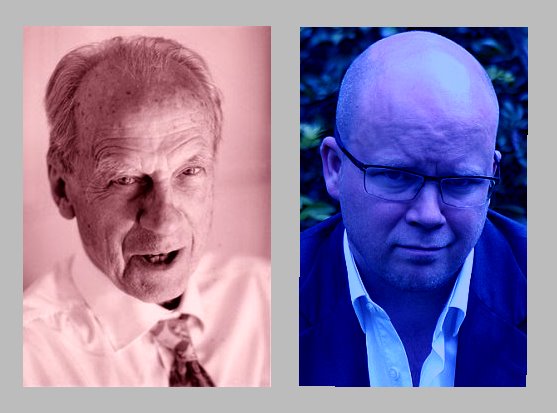 Who would dare associate grammar schools

I have twice listened to the Toby Young programme for BBC Radio 4, The Rise and Fall of Meritocracy, expecting to find an argument for or against Eugenics notably endorsed by the Nazis.

I had been tipped off that this might be on his sexed-up agenda. In fact he appeared to skate around the subject preferring to tantalise me and other BBC Radio 4 expectant listeners.

The notion of Meritocracy was first penned by Michael Young, Father of Toby and who therefore is the "block," off which Toby Young is but a "chip". Whatever DNA Toby might have inherited from his father it was certainly not the socialism of the man and his disdain for the concept of grammar schools.

Michael Young is no longer around to speak for himself but Toby Young has felt compelled to claim that his father's book nevertheless supports the notion that we are what we inherit from the pool of genes, and that we are not and cannot be the result of nurture provided by a fair and worthy society.

The very point of Michael Young's dystopian satire set in a distant future would appear to be a warning of what might happen and not Toby Young's blue print for what should happen and what is happening right now. As I write this Justine Greening has just announced the expansion of Grammar schools to fulfil Theresa May's pet project.

We are now it seems in that future where equality of nurture is abandoned in favour of the cult of Eugenics.
Smugness is not an inherited trait, but you are more likely to be smug if you inherit privilege of both wealth and intellectual nurture.

Toby young acknowledges that his father would be appalled by the notion that society might be contrived to maintain an imagined inbred elite as if that were not in itself both idiotic and vile as a notion. I pity the pupils who Toby Jones met in the wholly selected intake of Birmingham Ormiston Academy. It is sad to learn how early children can develop an air of smugness given the right training.

Toby Young is a Conservative politician and not a journalist; and since when, maybe post Osborne, are these occupations compatible?

This programme may have been more about Toby Young's DNA since his father Michael Young was a formidable socialist, who begat, let's face it, the notable apposite conservative, Toby Young.

Perhaps we should let the bleeding obvious speak for itself and release the gobbledegook into the drain.

Michael Young wrote the Labour manifesto in 1945, started the Open University and also invented the much trending buzz word, "meritocracy," much used and abused by Donald Trump and Theresa May, who are going out and don't mind being seen agreeably together using and abusing language to mislead anyone that might listen and be easily misled.

Who would dare associate grammar schools favourably with Eugenics? Toby Young just did that on BBC Radio 4.
Available on the BBC Iplayer.

How convenient of the BBC to trail Justine Greening with Toby Young?