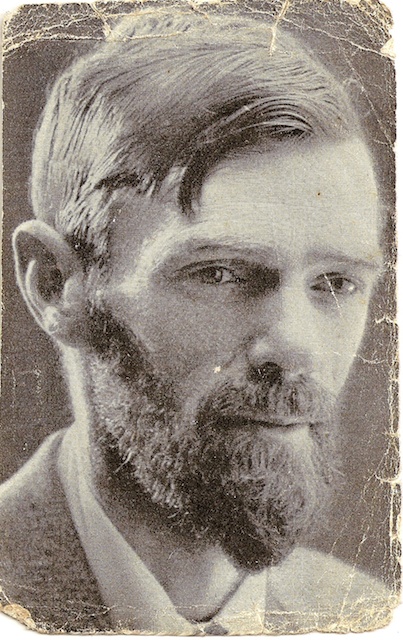 It was the last lesson of

the afternoon before #Christmas.

by Sara and Leslie Monk Christmas 2011

When that bell would clang, it would signal the release of the beasts into “society” where they might roam feral-like, doing as they please, for two weeks only.

During this school interval, the source of Miss Putupon’s weariness, would be someone else’s problem.

Mr Feeble had taken advice from Mr Scratch, the HR advisor. Miss Putupon was a candidate for early retirement and only she, did not know of it. Even the hounds knew of it.

Miss Putupon clicked her sandwich box together, and placed it in the black bag she would haul to and from home.  Her desk and the desks of the hounds had been sterilised, and sanitised, and Pledged, and beamed.  Door  handles were duly sprayed by Miss Putupon, who looked upon the hounds as the source of her developing psoriasis, that only subsided during the hound-free extended summer break in Lyme Regis.

The pack gathered and Miss Putupon was ready for the countdown. Her lesson plan was on the board and comprised:

Miss Putupon was thinking of replenishing her bird feeders for her friend Robin of last winter, hoping and wishing he would revisit to say Merry Christmas. And with some luck she would be home in time for Deal or No Deal.

The hound Henry was in his usual position in the front row. Henry had a very large fat head. Miss Putupon had originally thought he was a hydrocephalic but it turned out he did not have that special need. Henry sat in the first seat in front of Miss Putupon’s desk staring defiantly, with a purpose that wouldn't go away.
With his hand up, he faced up to Miss Putupon, waving ferociously determined.

“Have you forgotten Miss?”

Miss Putupon was in no mood to change her lesson plan.

“What homework Henry?” She said, pointing at the lesson plan on the board.

“Do what’s on the board, Henry”
Henry looked disturbed, and demoralised.

Mrs Putupon understood the consequences of allowing Henry to read out his homework. The quiet last lesson would then require her to ignite a fire in order to consume his dross. However, Henry was about to convince her that she should not be indifferent to his endeavours.

“I practised Miss.  You told us to bring in a poem by William Blake Miss. Blake Miss. And I googled him and found what he wrote. Jerusalem Miss, and that’s what they sing at the Proms on TV! Miss”

Miss Putupon looked upon Henry readying himself to read, and rigid in both hands, what Blake wrote, "The Little Black Boy"

"Well, if you must Henry"
He began with purpose.

“MY mother bore me in the southern wild,

And I am black, but O, my soul is white!

White as an angel is the English child,
But I am black, as if bereaved of light”

Henry steadied himself when he was in danger of faltering. He read with purpose and Miss Putupon was not called upon to keep order because he was heard in silence.

“My mother taught me underneath a tree,
And, sitting down before the heat of day,....”

Miss Putupon inadvertently dropped her pencil into her coffee, but still the class remained attentive to Henry’s reading, because they had seen that pencil fall many times before, but had never seen Fathead recite before.

“And thus I say to little English boy.
When I from black and he from white cloud free...”

Henry had a command of Blake’s poem, and his colloquial  Essex dialect resonated well throughout.

Henry finished all seven verses and won over his peers who responded with a round of applause but not before the momentary awe that held the class. Miss Putupon found herself weeping and joining in with the clapping led by hounds.

This was so clearly an epiphany for Henry who glowed in the attentive stare of his first audience.

Miss Putupon received a letter, the week before Christmas in a brown envelope signed by Mr Feeble, and excused by Mr Scratch. Miss Putupon would not be returning to the school.

Henry is now educated by a classmate’s mother’s acquaintance, and by a succession of supply teachers none of whom have ever met Mr Feeble, who runs the school.

Ten years later Miss Putupon feeds her Robin and remembers Henry, a small boy with a big head, and a bigger heart.

Any resemblance to any teacher, pupil, or parsimonious HR advisor, dead or alive, is entirely coincidental.

Afternoon in School - The Last Lesson
a poem by D.H. Lawrence

When will the bell ring, and end this weariness?
How long have they tugged the leash, and strained apart
My pack of unruly hounds: I cannot start
Them again on a quarry of knowledge they hate to hunt,
I can haul them and urge them no more.
No more can I endure to bear the brunt
Of the books that lie out on the desks: a full three score
Of several insults of blotted pages and scrawl
Of slovenly work that they have offered me.
I am sick, and tired more than any thrall
Upon the woodstacks working weariedly.

And shall I take
The last dear fuel and heap it on my soul
Till I rouse my will like a fire to consume
Their dross of indifference, and burn the scroll
Of their insults in punishment? - I will not!
I will not waste myself to embers for them,
Not all for them shall the fires of my life be hot,
For myself a heap of ashes of weariness, till sleep
Shall have raked the embers clear: I will keep
Some of my strength for myself, for if I should sell
It all for them, I should hate them -
- I will sit and wait for the bell.

MY mother bore me in the southern wild,
And I am black, but O, my soul is white!
White as an angel is the English child,
But I am black, as if bereaved of light.

My mother taught me underneath a tree,
And, sitting down before the heat of day,
She took me on her lap and kissèd me,
And, pointing to the East, began to say:

'Look at the rising sun: there God does live,
And gives His light, and gives His heat away,
And flowers and trees and beasts and men receive
Comfort in morning, joy in the noonday.

'And we are put on earth a little space,
That we may learn to bear the beams of love;
And these black bodies and this sunburnt face
Are but a cloud, and like a shady grove.

'For when our souls have learn'd the heat to bear,
The cloud will vanish; we shall hear His voice,
Saying, "Come out from the grove, my love and care,
And round my golden tent like lambs rejoice."'

Thus did my mother say, and kissèd me,
And thus I say to little English boy.
When I from black and he from white cloud free,
And round the tent of God like lambs we joy,

I'll shade him from the heat till he can bear
To lean in joy upon our Father's knee;
And then I'll stand and stroke his silver hair,
And be like him, and he will then love me.

7 February 2012 200 years later.... This story was also intended to resonate with Dickens.
What would he have made of the comic Mr Pickles and the ever snarling bloated ego of Peter Hitchens?

And what would Dickens have made of Gove, and now May's retro Tory Grammar school mindset?