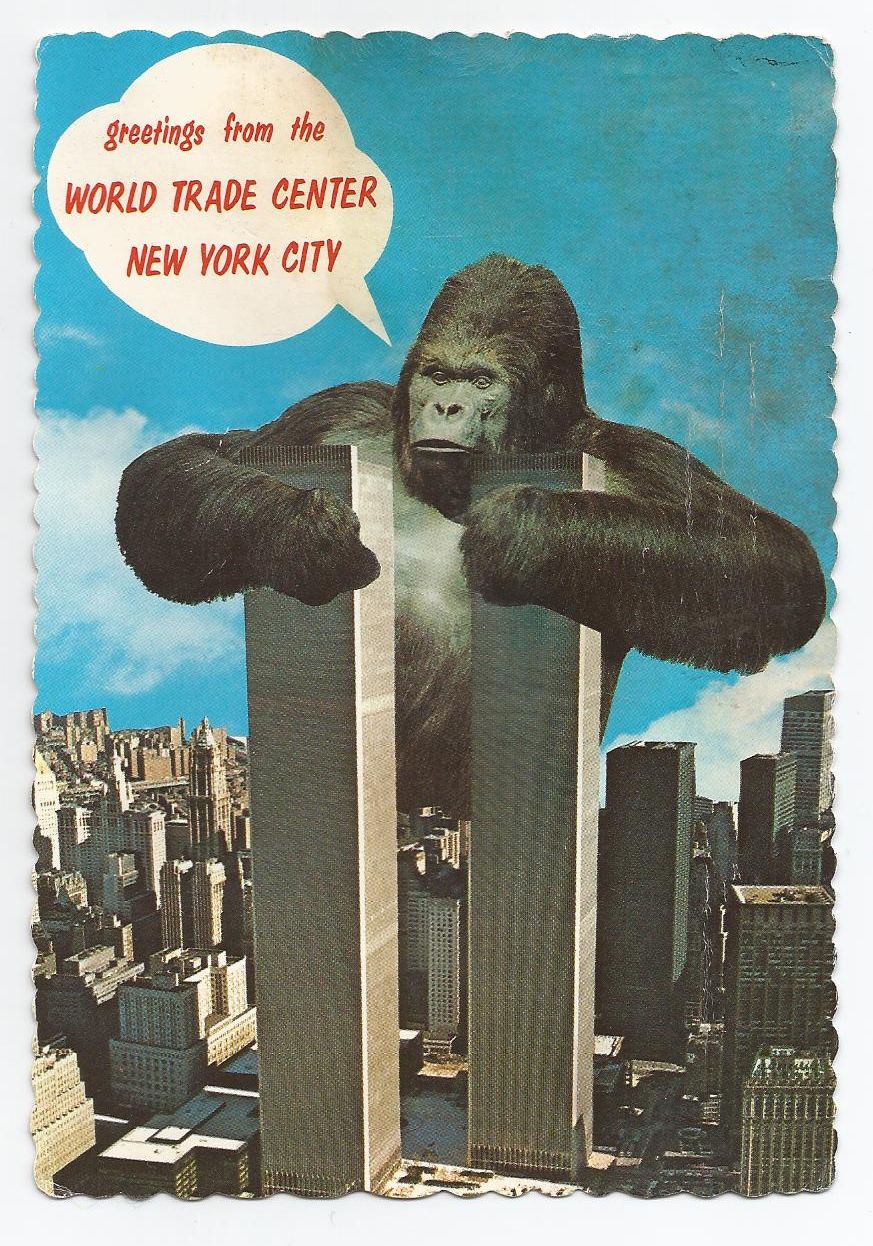 Towers of Hope and Vanity

This music I recorded during the 9/11 tragedy.

New York 9:11 from LeslieMonk on Vimeo.

I have not written about 9:11 since 2005 by which time Saddam Hussein had been removed by George Bush and the Middle East has since been unstable, and how?

I would like to share a postcard dated 8th September 1977, now featured in this music video New York 9:11.

The postcard was dispatched from the current Mrs. Monk when she had another name that I am forbidden to disclose. In the last few weeks Mrs Monk discovered a decomposing pile of her letters, to me, love letters it might be said to embarrass Mrs Monk, and from that pile she discovered the postcard that featured a tacky image of the Twin Towers and what she had to say about them in September 1977.

What she wrote was both prescient and tragic in view of the events of 9:11 and also in light of what has occurred this week in September 2001.

Less tragic is that we were married 7th September 1984.
The movie New York 9:11 features the postcard, and the music composed 9:11 during the tragic events of that day and recorded in the manner and the circumstances described below.

About this time of year I am bound to think of My Wedding Anniversary, September 7th, because I receive so many hints and reminders.

Mrs Monk is my first American Wife, and America is where we were wed; in Maryland to be particular.  The marriage has been somewhat sanctified in these pages, in song and wine and pizza, so I have done my dues in the hallmark lovey sense, but we are also reminded at this time of the year by other  events.

I heard the news of the first strike on the first tower on BBC Radio 4 and of course I was prompted to turn on the TV and subsequently watched the second  tower get struck live as it happened, and then in turn, each collapse and the horror, and the pornography of the endless reruns, the repetition, again and again, until I could bear it no more.

Mrs Monk, was out of reach. I turned to the piano and recorded the attached piece of music that very day, as the reruns flickered in the background, and as I half listened to the news readers as they struggled to comprehend and explain, and maintain their integrity and composure.

I placed an American flag prominently outside our front door for Mrs Monk, when she returned home from school.

The same small flag has been placed there each year since on 11th September. I am not a natural flag waver, but it seemed OK to wave a flag that was not mine to wave.

New York 9:11 from LeslieMonk on Vimeo.