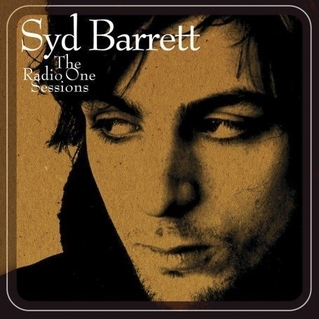 of every Syd Barrett song

Nine years ago we Monks were privileged to see abundant big names perform Syd Barret Songs at the Barbican. Below I have reproduced my review written at that time.

Syd Barrett died 2006 but as a musician he departed in an untimely fashion. He was an early casualty of the drug culture that some say, fuelled his music. He was showcased in two short years, 66-67, at Joe Boyd’s legendary “underground” UFO club, where 60’s psychedelia was invented, and where the Beatles hung out, predating Serjeant Pepper, and where Mark Boyle’s light shows, provided the visual ambience to Syd’s remarkable eccentric tunes. Soft Machine and Pink Floyd alternated on the billing at the UFO, and both featured outstanding creative and original vocalists; Robert Wyatt for Soft Machine and Syd Barrett who invented the name, “Pink Floyd”, and was indeed Pink Floyd’s vocalist, lead guitarist and inspiration. Long instrumental passages marked the beginning of Progressive Rock, subsequently, much maligned when it emerged from the “underground.”

Both bands dispensed with the services of their talented vocalists. Soft Machine became a pure jazz outfit until they ran out of time signatures, and Pink Floyd became corporate. Both bands appeared to have had diminishing returns, while the legacy and reputation of their much admired, but sacked vocalists, have flourished.
Syd Barrett, was commemorated tonight, and The Monks were lucky to have seats in the circle of the Barbican, where a variety of celebrities, paid homage to Syd Barrett with covers of his songs.

Most of the performers are too young to have met Syd Barrett but a number of his contemporaries were present. Mick Heron and Kevin Ayers, and the unbilled Roger Waters, and then finally the remainder of the unbilled Pink Floyd performed the classic, Arnold Layne.

Personal highlights for the Monks were Kate McGarrigle’s tear jerking version of See Emily Play, and Golden Hair. Kate was accompanied by daughter Martha Wainwright and Lily Lankin. And Robyn Hitchcock, who appeared to inhabit Syd Barrett’s persona and indeed his contemporary dress sense (Polka dots and purple trousers). “Pink Floyd” fans were catered by Captain Sensible’s version of Astronomy Domine. Captain Sensible demonstrated Syd’s influence upon him by naming his child after him, Syd Sensible.

Alongside us were two Italian gentlemen who knew every word of every Syd Barrett song and insisted on singing along, and then discussing every song in Italian between each song.

Damon Albarn offered us a version of The Word Song, perhaps the most abstract song ever written, The lyrics were projected onto a screen and the entire audience sang along with Damon and the Italians.

Joe Boyd produced this Barbican Show “The Madcap’s Last Laugh” and all proceeds are donated to the charity, “Sane”
Joe Boyd’s book White Bicycles, chronicles the UFO years, and the remainder of his remarkable career. Highly Recommended.

Artists in order of appearance

An Effervescing Elephant
with tiny eyes and great big trunk
once whispered to the tiny ear
the ear of one inferior
that by next June he'd die, oh yeah!
because the tiger would roam.
The little one said: "Oh my goodness I must stay at home!
and every time I hear a growl
I'll know the tiger's on the prowl
and I'll be really safe, you know
the elephant he told me so."
Everyone was nervy, oh yeah!
and the message was spread
to zebra, mongoose, and the dirty hippopotamus
who wallowed in the mud and chewed
his spicy hippo-plankton food
and tended to ignore the word
preferring to survey a herd
of stupid water bison, oh yeah!
And all the jungle took fright,
and ran around for all the day and the night
but all in vain, because, you see,
the tiger came and said: "Who me?!
You know, I wouldn't hurt not one of you.
I'd much prefer something to chew
and you're all too scant." oh yeah!
He ate the Elephant