Why Does the BBC Accomodate The Institute of Economic Affairs?

So, the BBC has finally exposed the Institute of Economic Affairs as a lobbyist organisation financed by companies with a commercial interest in undermining the NHS .

Kate Andrews speaks for the IEA and has become an ever present voice on the BBC who have given her the platform and faux credit of objective academic expertise on the notable subject of healthcare. She has appeared on every BBC political platform, from Question Time to Daily Politics, not once has the BBC examined the motivation of Kate Andrews, or the idea that she might be less than objective.

The IEA has charitable status, and lobbyist with vested interests do not qualify for that status.

The inland revenue has work to do investigating this.

The NHS is bleeding

#too little too late 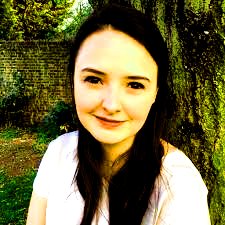 The NHS is Bleeding

The Institute Of Economic Affairs wants to get the "Government out of OUR NHS" or, to put it another way, get it completely privatised.

To achieve that they must first deal with the British Public who love the NHS just the way it is.

The Tory privatisation of the NHS, by stealth, is of course well underway but if you bleed the NHS of the necessary funds, how then might Tories explain the inevitable and predictable NHS winter crisis?

When it happened, and when it was clear that the great Tory would-be deadly plan had failed, the Tories  chose to get Hunt and May to offer token weasel apologies and then move on.

Hunt and May were posing for smiley snaps before the dead were buried or burned.

But then, where else might the Tories find a fast and loose-talking American prepared to undermine the NHS?

Enter the American right wing free market ideologue republican gothic nightmare, Kate Andrews, fully prepared and committed to insult the NHS calling it the Cow that may not be considered Sacred.

Her delusional outlook on the NHS reminds me of the logic of Ann Widdicombe; there is certainly something of the night in both of these conservative women. Or is it me?

Kate Andrews made some bold unsubstantiated unsourced assertions about British Healthcare. She needs to explain that in due course. BBC Jo Coburn (#DailyPolitics), seemed taken aback and offered little or no challenge.

Since this is Kate Andrew's pet subject, she would know that Americans pay for healthcare twice per capita than we Brits , and in-work Americans only get it if they can afford it. Many cannot.

Spend Double, Die Sooner, is the American maxim that the ambitious and annoying novice Kate Andrews admires without realising it. Otherwise , she really would be the gothic monster from Transylvania.

Hunt and May were posing for smiley snaps

before the dead were buried or burned.