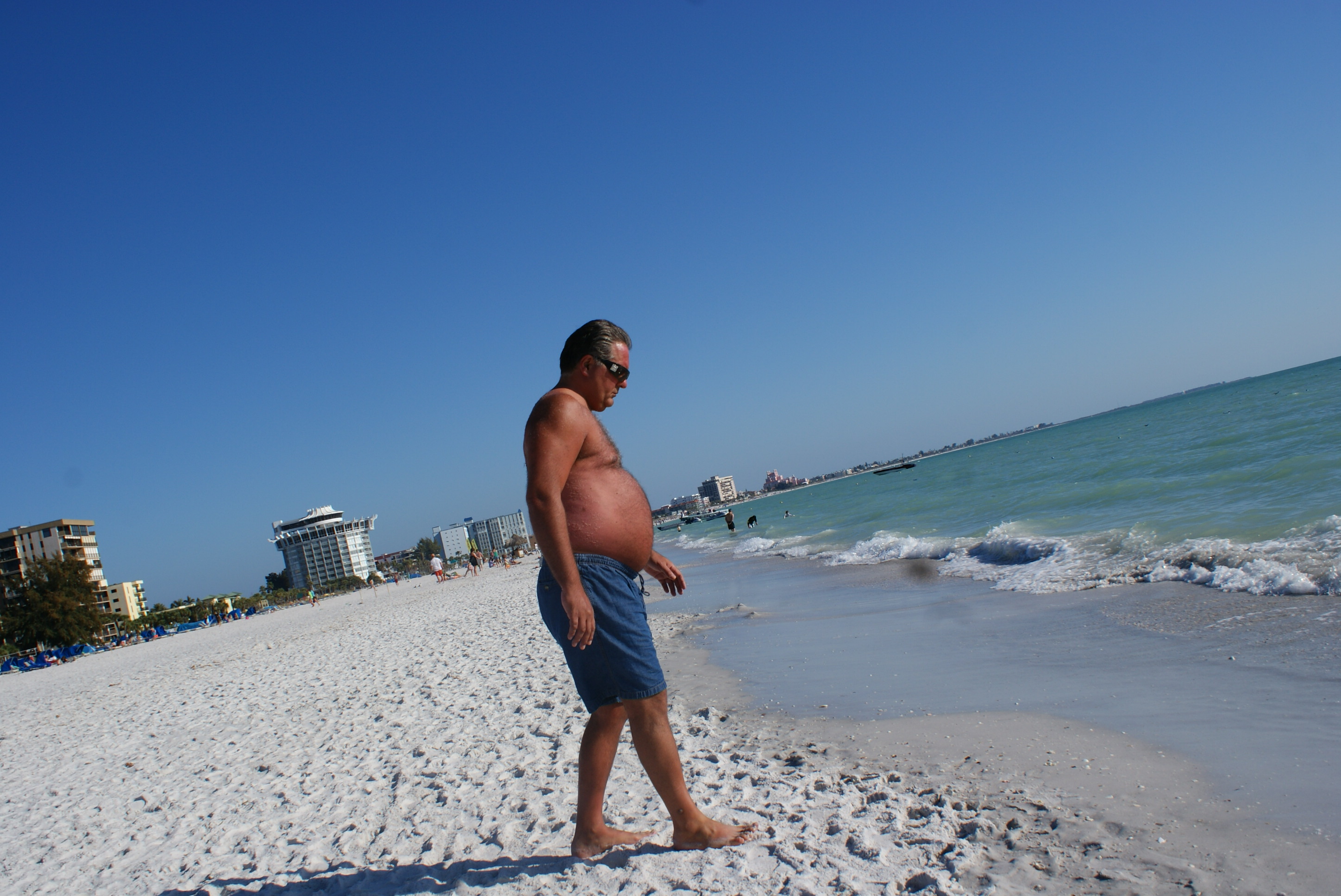 “Who gives a shit about sea shells?” He said,

“Just go to a God damn sea shell shop and

We stood on a pier and watched a small party of tourists disembark a shaded boat which had spent a day on a remote island, near, Pas a Grille, Florida, where it is said that you may see dolphins leap out of the water, but also where you may collect very particular and very special sea shells by the sea shore.

Two enthusiastic boyish ladies from Ohio showed us what they had collected, including a couple of perfect Sand Dollars. A Sand Dollar is the fragile fossil of a sea urchin  found just beneath the sea bed where they burrow. The ladies explained how they would add some chemical to the fossils to preserve them, and would  then turn them into wind chimes.

Collecting shells is something that Mrs. Monk would care to do, and that evening we took a walk along the shore. While I observed the birds foraging in the sand for live creatures, Mrs. Monk collected the remains of dead creatures and placed them into a plastic bag. She wanted to out-do the “Ohio lesbians” from the boat, and talked up her new shell collection as we proceeded, but when it was time to return for dinner and drinks we discovered that she had a hole in her bag and had deposited as many shells upon the beach as she had collected from the beach.

We got back to our “efficiency” and opened a bottle of wine. We had noticed an old man sitting alone reading outside his room, , and seemed to have been there all day. We shared a bottle with him and told him about the shell-seeking ladies and whether it would be a good idea to take that same boat out to the island and get some shells.

We would get to know Duncan over the next few days.

Mrs. Monk disappointed me by replacing the sea shells she lost out of the hole in her bag, and by taking Duncan’s advice. Days later, she bought some scented sea shells from Macy’s at the shopping mall, which are now scattered over our living room coffee table where they will collect Leigh on Sea dust, and remind me of a shopping mall, and not of that beautiful sunset stroll on Pas on Grille beach, Florida, March 2011.

by the Sea Shore